Posted at 17:15h in Featured, URP News by Diana Starr 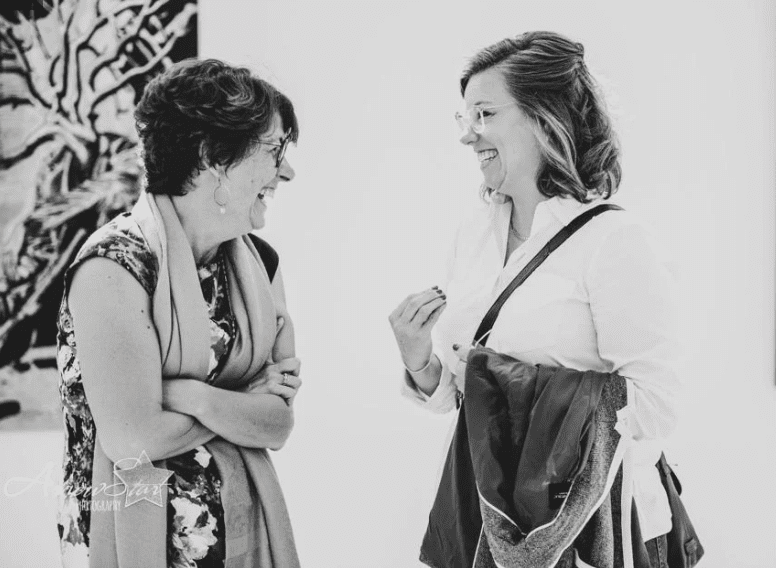 Amy Gannon (left), the late founder of Doyenne Group, speaks to participant at the Social Good Accelerator in 2019. A new book commemorates the life of Gannon, a Madison business leader and advocate for female entrepreneurs who died in 2019 in a helicopter crash while on vacation in Hawaii. PHOTO: Shalicia Johnson

A new book tells the life story of Amy Gannon, a Madison business leader and advocate for female entrepreneurs who died in 2019 in a helicopter crash while on vacation in Hawaii.

Gannon, who was 47 at her death, co-founded the nonprofit Doyenne Group in 2012 to mentor and support women starting their own businesses. She also served on the faculty at Edgewood College for a decade, including two years as interim dean of the business school.

“Amy: A Biography of Amy Gannon,” was commissioned by her husband Mike, whose 13-year-old daughter Jocelyn was also killed in the crash. He initially planned the book as a surprise high school graduation gift for their surviving son Aaron Gannon, who was just 16 when his mother and sister died.

Gannon hired Madison-based author Susanna Daniel, author of the novels “Stiltsville” and “Sea Creatures,” to interview everyone from his late wife’s parents and prom date to her college classmates and graduate school professors.

“I wanted him to be able to know his mother,” Gannon said. “Obviously he knew her, but he didn’t really know her. Most people don’t really know their parents like that.”