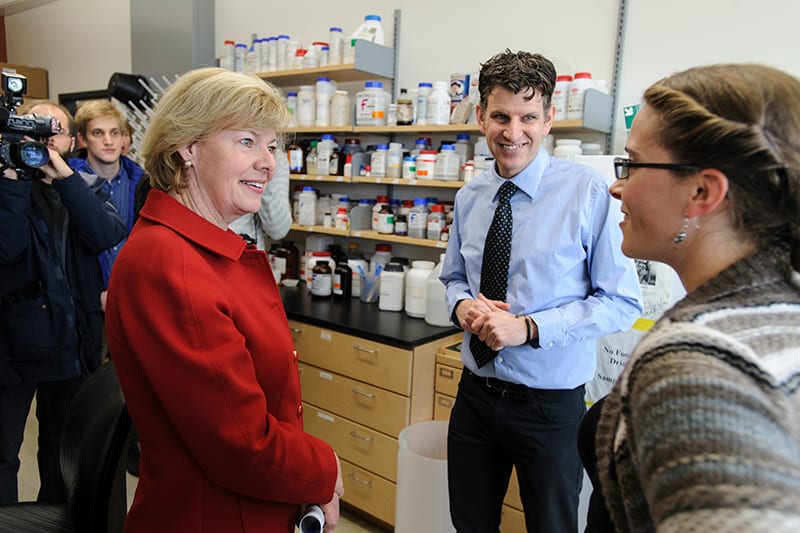 U.S. Sen. Tammy Baldwin during a 2013 visit to the lab of Cameron Currie, professor of bacteriology, in the Microbial Sciences Building. PHOTO: JEFF MILLER

U.S. Senator Tammy Baldwin has been named a 2020 Champion of Science by The Science Coalition (TSC), a nonprofit, nonpartisan organization of more than 50 of the nation’s leading public and private research institutions dedicated to highlighting the partnerships between the federal government and America’s research universities.

The award honors members of Congress whose actions and votes consistently reflect their commitment to fundamental science through funding investment for federal research agencies.

Baldwin was jointly nominated for the award by the University of Wisconsin–Madison and Marquette University, both members of TSC, for her support of fundamental scientific research. She’s a leader on the Senate Committee on Commerce, Science and Transportation.