Katie Couric: Behind the Scenes of Exact Sciences 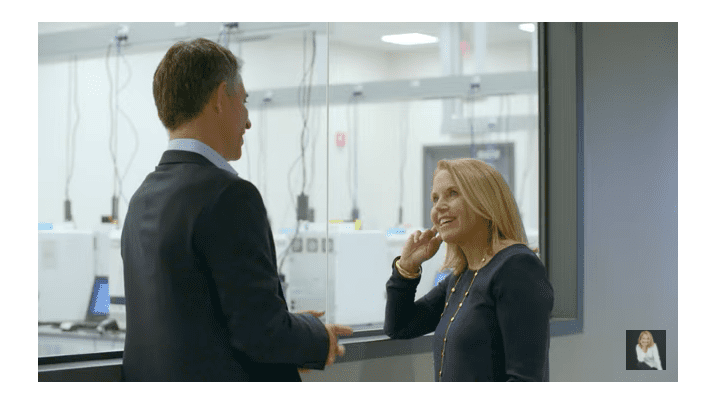 04 Oct Katie Couric: Behind the Scenes of Exact Sciences

“I know a lot of people I love would be here today, if their cancers had been detected early.” – Katie Couric

When Exact Sciences CEO Kevin Conroy started his job, his first stop was to Mayo Clinic for a talk with one of his biggest inspirations, the late researcher and gastroenterologist Dr. Dave Ahlquist. Conroy believed Mayo Clinic and Exact Sciences could work together to create a non-invasive screening test for colon cancer that used DNA found in stool.

Colon cancer is the number two leading cause of cancer deaths in the U.S, but with screening, it can be caught in the early stages, when about 90 percent of patients survive five years or more. There are several tests health care providers recommend for colon cancer screening, including a colonoscopy. However, some patients don’t want a colonoscopy because it’s invasive, it can require a full day off from work, and it’s sometimes expensive.

So, Conroy and his team, along with the scientists at Exact Sciences, got to work to create a new kind of test — an at-home colon cancer test, which would become what we now know as Cologuard®. “Half of the six million-plus people who have used Cologuard have never been screened previously,” says Conroy. Cologuard detects 92 percent of colon cancers from one stool sample.

Since Cologuard was approved following a unanimous vote by the FDA Advisory panel back in 2014, the team at Exact Sciences has been rapidly expanding the scope of their research, developing new and innovative testing and screening techniques that will help detect multiple types of cancer earlier. To understand how they’re doing this, Conroy and some of the brilliant scientists who work at Exact Sciences gave Katie Couric a peek behind the curtain at their lab in Madison, Wisconsin.