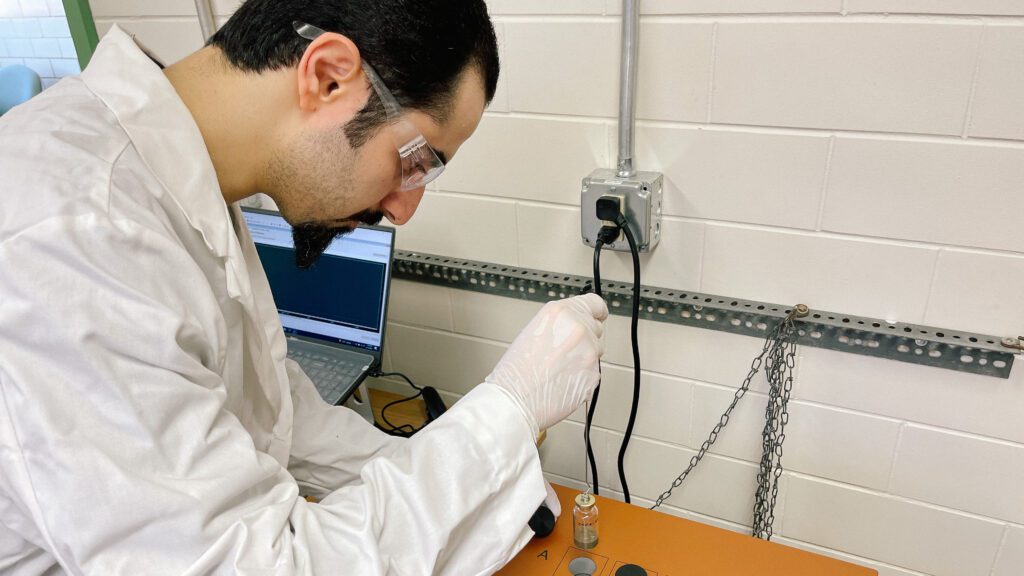 Year in and year out, cement production is one of the biggest contributors to humanity’s carbon emissions.

Making portland cement, the most frequently used cement around the world and a key component in concrete, releases about three billion metric tons of carbon dioxide per year. That’s roughly 8% of all emissions that arise from human activity.

A team led by University of Wisconsin-Madison researchers is embarking on a project to not only slow that environmental impact—but, in fact, reverse it. The project is led by Rob Annex, a professor of biological systems engineering in the College of Agricultural and Life Sciences, and Bu Wang, an assistant professor of civil and environmental engineering. They are collaborating with Farshad Rajabipour and Ali Memari from Pennsylvania State University and Meneesh Singh at the University of Illinois Chicago.

The team’s work builds upon a direct-capture system Wang and Anex pioneered for the 2022 XPRIZE carbon removal competition. In that system, they pull carbon dioxide from the air through a simple chemical reaction with hydroxide. This creates carbonate ions, which, when combined with coal ash, can be turned into limestone and activated silica particles for use in cement.

Through its new process, Wang says the team is hoping to replace portland cement with a new, more environmentally friendly mixture that combines this innovative air capture system with upcycled industrial waste products.