Posted at 16:31h in Featured, URP News by Diana Starr 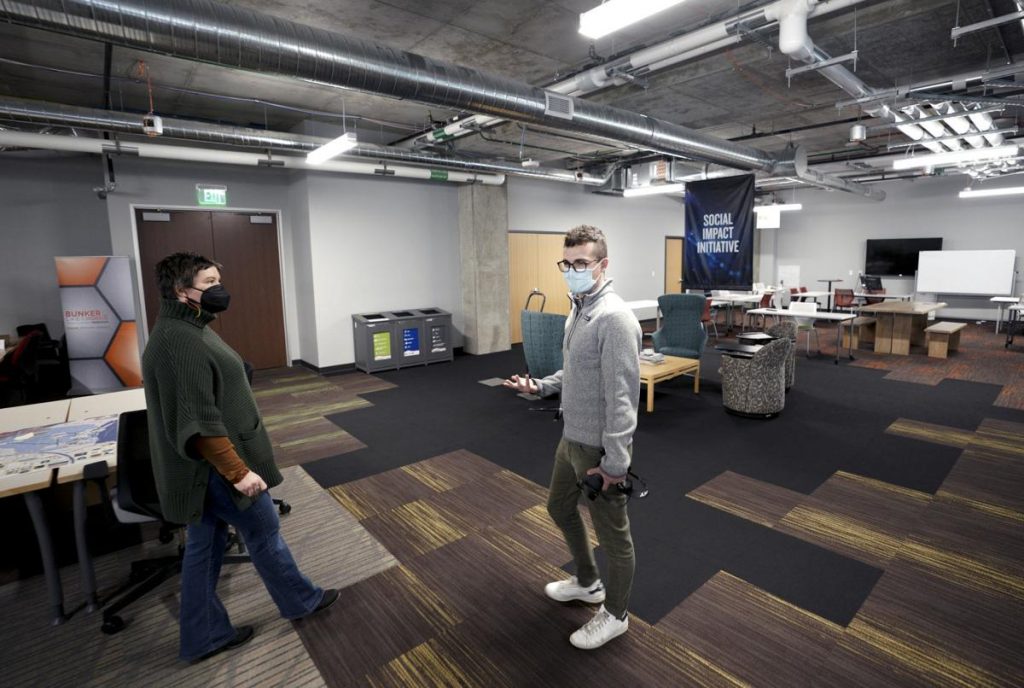 Nora Roughen-Schmidt began her tenure as executive director of co-working space StartingBlock in 2020 — when she and her team undertook the many challenges that came with navigating an unprecedented health crisis and its economic fallout.

Two years later, Madison native Roughen-Schmidt has helped the co-working space overcome many of those those obstacles. She is also leaving her post for a consultant role at the Southwest Wisconsin Small Business Development Center. But Roughen-Schmidt still gets to do what she loves, and that’s both making sure entrepreneurs with innovative ideas feel supported as they build their venture, as well as breaking down barriers for underrepresented groups.

StartingBlock now looks to a future of programming for minority-led startups, she said, adding that her last day at the East Side space is June 3. The co-working space that opened in 2018 houses several startups, venture capital funds and organizations that support early-stage companies as they expand.

Presiding over the the task of identifying a new executive director is Peter Gray Executive Search, a Madison recruiting firm that hires leaders looking to tackle social issues, said Mark Richardson, co-chair of StartingBlock’s board of directors.