Posted at 15:18h in Featured, URP News by Diana Starr 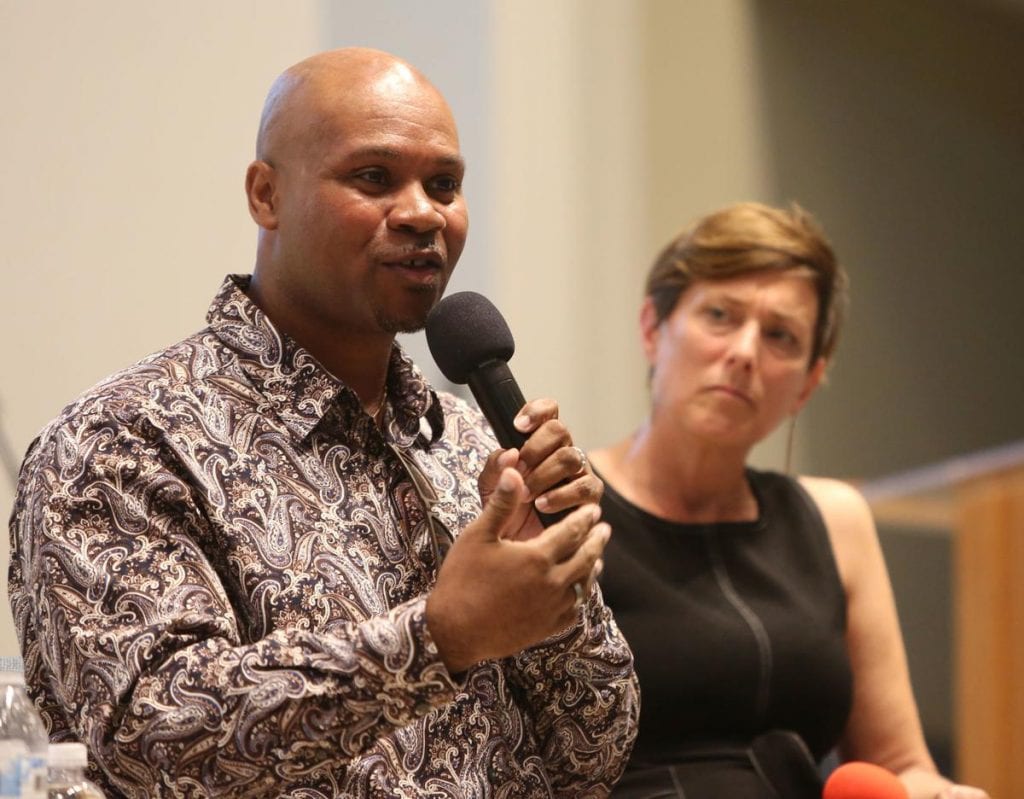 When Aaron Bird Bear first arrived at the University of Wisconsin-Madison two decades ago, he was shocked by its lack of infrastructure for retaining and graduating Native and Hawaiian students.

Coming from Seattle, Bird Bear quickly realized not all schools were like the University of Washington in Seattle, a pioneer in the field. UW-Madison did not yet understand how to reconcile its historic complicity ethnic cleansing and support Native students, said Bird Bear, the university’s first director of tribal relations.

“Our university wasn’t uninterested in thinking about supporting Native Americans. It just needed a lot of help and guidance,” Bird Bear said during a Cap Times Idea Fest panel discussion Tuesday. “I spent about three angry years, my first years on campus, just like, ‘What is going on? I don’t understand’ … Before one can have reconciliation and collaboration with indigenous peoples, you first have to have truth.”

Patrick Sims, UW-Madison’s former chief diversity officer, agreed: “It is not for lack of interest or desire to engage communities of color,” he said, but long-standing obstacles that continue to stand in the way. In August, Sims started in a new role as executive vice chancellor and provost at the University of North Carolina School of the Arts.