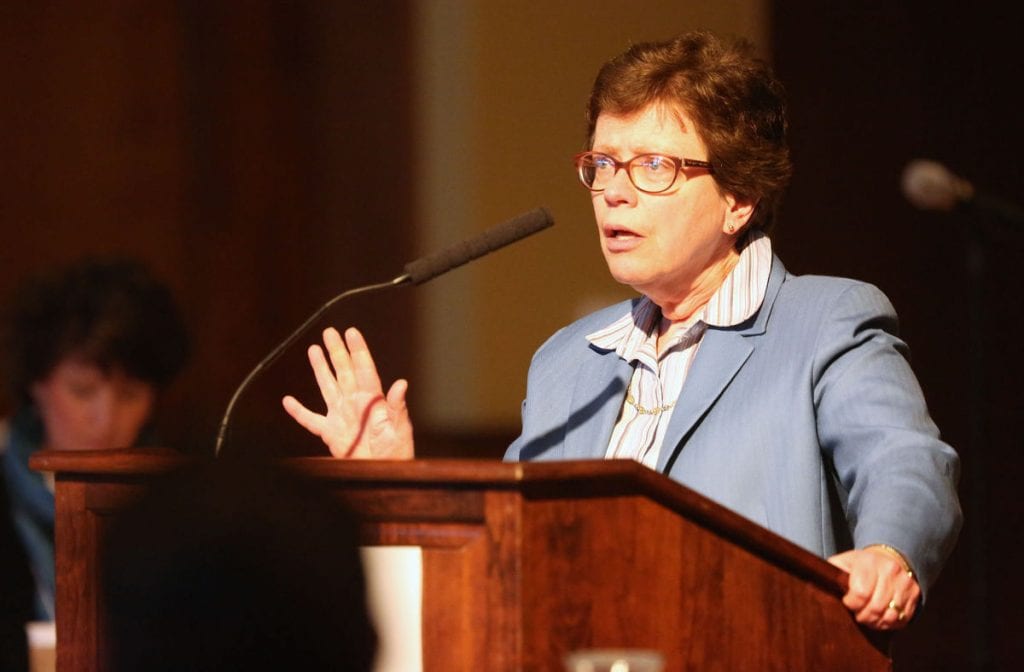 The chancellors of Wisconsin’s top two research universities are pushing for investment in more R&D.

“The only way that we stay at the front end of the world economy is by being on the front end in innovation,” UW-Madison Chancellor Rebecca Blank said, adding that other countries in key tech areas are ahead or even lapping the U.S. “That may not show up today; in another decade or two it’s going to show up really strongly as to where the new startups are, where the growing businesses are.”

Blank is also the former deputy secretary and acting Secretary of Commerce under President Obama. She advocated for the bipartisan Endless Frontier Act and other forms of reinvestment in R&D in a recent Wisconsin Technology Council event.

“We have faltered, and we have faltered in part because we have not grown our research and our innovation networks as fast as some other places,” she said.

The bipartisan bill, co-sponsored by GOP U.S. Rep. Mike Gallagher, calls for $100 billion to build resources in advancing science and technology research and development nationwide. It also proposes expansion of the National Science Foundation and $10 billion for regional technology hubs. Those hubs would help to launch companies, revive U.S. manufacturing and create jobs that jump-start communities.

UW-Milwaukee Chancellor Mark Mone said Wisconsin and the region can be one of the centers for excellence to come out of the Endless Frontier Act. The bill, which has been rolled into a larger infrastructure package in Congress, also has support from Dem U.S. Sen. Tammy Baldwin.

“I think that Madison and Milwaukee can lead on this in powerful ways because of the types of work we do … whether it’s with existing large companies … and the types of innovation that we can demonstrate, concrete work that’s underway, and especially that with our faculty around new and emerging technologies,” Mone said.

He said he’s been reaching out relentlessly to federal policymakers to get the Endless Frontier Act passed.

“It’s one of the most important things we can do for the state of Wisconsin,” he said, adding that the benefits will cascade into assets like supply chain, emerging companies and human capital.