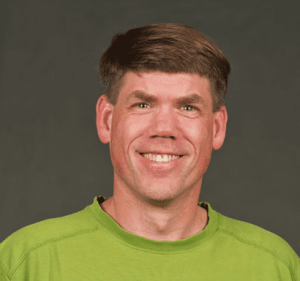 Brian Pinkerton, a 1986 UW-Madison graduate with a bachelor’s degree in computer science, will digitally return to Madison as the keynote speaker at the Wisconsin Entrepreneurs’ Conference early next month.

The June 4 digital conference, held by the Wisconsin Technology Council, will feature several panel discussions and workshops, generally focused around the theme of helping businesses survive the COVID-19 pandemic.

For his keynote speech, Pinkerton, 56, said in an interview with the State Journal that he plans to address what he said should be one of the main focuses of technology — solving significant human problems.

Pinkerton, who grew up in Madison, has a long history of solving problems, particularly relating to web searches.

Pinkerton, who went on to receive a master’s and a doctoral degree from the University of Washington in computer science, created the search engine WebCrawler in 1994. It is now considered the oldest surviving search engine.

Currently chief architect of Siri, Apple’s virtual assistant on iPhones and other Apple devices, Pinkerton has also worked as the chief technology officer of the Chan Zuckerberg Initiative and as a vice president for search and general manager at A9.com, a branch of Amazon.