Enzyme, proteins work together to tidy up tail ends of DNA in dividing cells

01 Aug Enzyme, proteins work together to tidy up tail ends of DNA in dividing cells 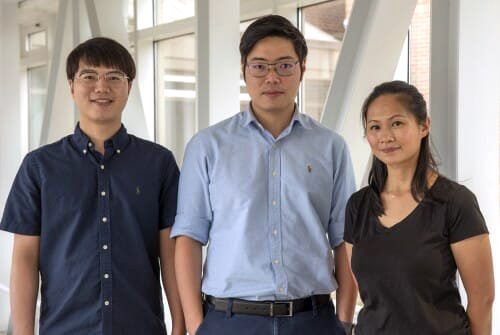 Researchers at the University of Wisconsin–Madison have described the way an enzyme and proteins interact to maintain the protective caps, called telomeres, at the end of chromosomes, a new insight into how a human cell preserves the integrity of its DNA through repeated cell division.

DNA replication is essential for perpetuating life as we know it, but many of the complexities of the process — how myriad biomolecules get where they need to go and interact over a series of intricately orchestrated steps — remain mysterious.

“The mechanisms behind how this enzyme, called Polα-primase, works have been elusive for decades,” says Ci Ji Lim, an assistant professor of biochemistry and principal investigator on new research into DNA replication published recently in Nature. “Our study provides a big breakthrough in understanding DNA synthesis at the ends of chromosomes, and it generates new hypotheses about how Polα-primase — a central cog in the DNA replication machine — operates.”

“Our findings reveal an unprecedented role that CST plays in facilitating this Polα-primase activity,” explains first author Qixiang He, a graduate student in the UW–Madison biophysics graduate program. “It will be interesting to see if accessory factors involved in DNA replication elsewhere on chromosomes set up Polα-primase the same way as CST does for telomeres.”

“We started with a conundrum from our biochemical assay, but once we imaged the CST–pol-α-primase co-complex and saw its cryo-EM structures, everything immediately became clear. This was extremely satisfying for everyone on the team. Beyond that, the structures also provide ideas that we can now design experiments to test,” says Xiuhua Lin, lab manager and co-author of the new study.