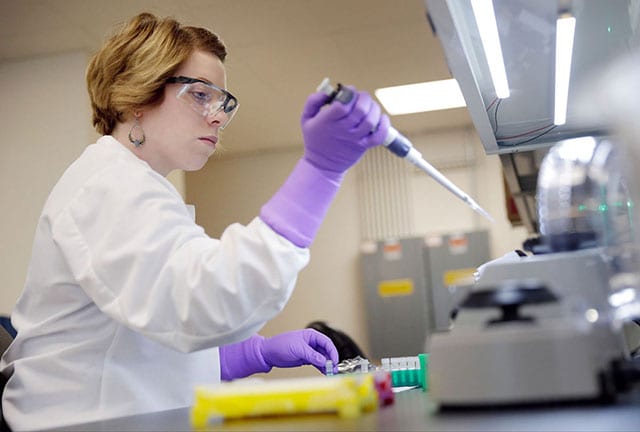 Posted at 10:27h in Featured, Resident Company News by aveak

Exact Sciences Corp. gave a rosy report Tuesday on its finances for the second quarter of 2017, and said a major study on its second product in the pipeline — a test for lung cancer — will likely begin in early 2018.

The Madison company, whose Cologuard stool-based DNA test screens for colorectal cancer, said Tuesday revenue more than doubled and the number of completed tests increased 150 percent in the April-June quarter over the same period last year. As a result, Exact is raising its projections for the full 2017 fiscal year.

“As patient and physician demand for Cologuard continues to grow, momentum is increasing toward Cologuard becoming part of the standard of care in colon cancer screening,” said CEO and chairman Kevin Conroy.