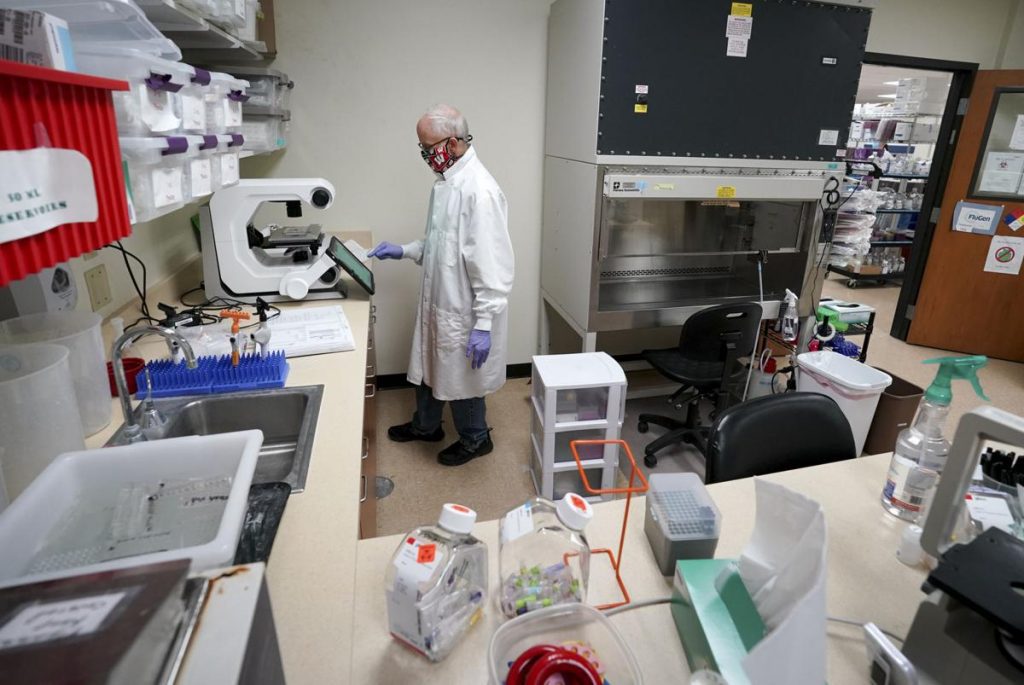 FluGen scientists, including Mike Moser, are working on two experimental vaccines, one for flu and another against the new coronavirus, which also might protect against flu. STATE JOURNAL ARCHIVES

Research on an experimental flu vaccine by Madison-based FluGen continues to expand, with a low dose showing some protection against a mismatched strain, a higher dose producing better immune responses and three new studies targeting older adults and children, groups among those most at risk from flu.

A low dose of the vaccine, based on research by UW-Madison scientists Yoshihiro Kawaoka and Gabriele Neumann, showed benefit in a study that simulated the mismatch that frequently occurs when flu strains circulating in winter don’t match those in the annual vaccine.

Among those with antibodies to the mismatched strain, 38% were infected by that flu, compared to 71% among those receiving the placebo. Those vaccinated had reduced illness, researchers said.