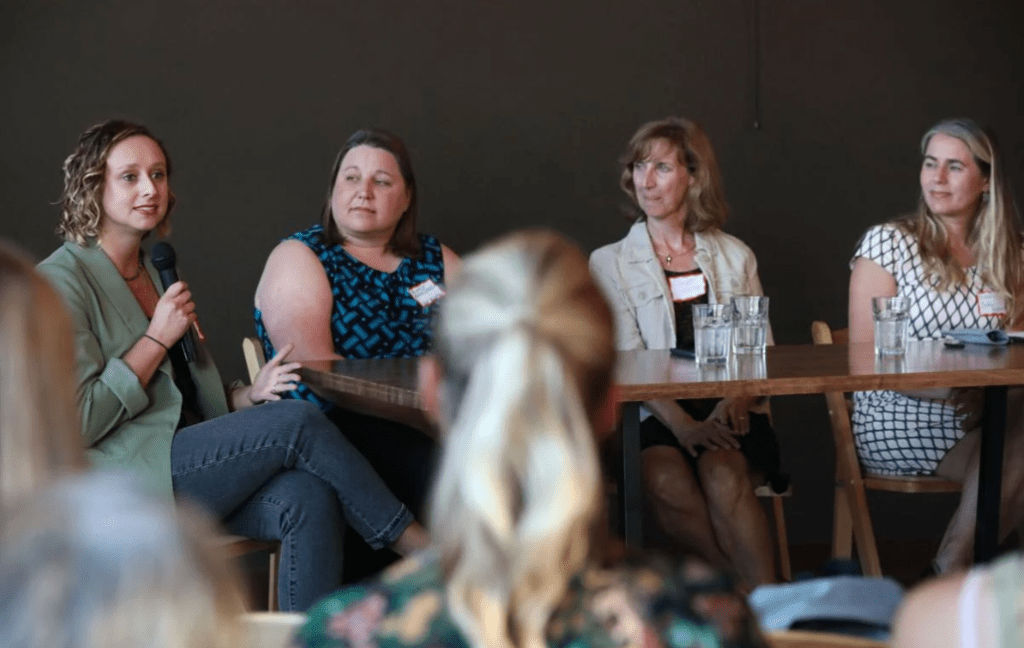 Don’t let what the room looks like limit you. Ask for help. Create the company culture that you want to see embraced. Talk about it, then get to work. Mistakes are learning opportunities.

All were pieces of advice a group of four female panelists offered to fellow women with aspirations to become entrepreneurs in the fields of science, technology, engineering and mathematics (or STEM), as well as biohealth, during an event Wednesday night. Just under 70 people attended.

The event, “Activating Women’s Impact on Science Entrepreneurship” was held at the Old Sugar Distillery on the Near East Side as part of Forward Fest, the state’s largest technology and entrepreneurship festival.

The panelists each provided insights about the costs of female underrepresentation in both the biohealth and STEM industries. Those costs include “missed ideas” and overlooked opportunities to solve the world’s problems through innovation, said panelist Janet White, of J. White Consulting, a business strategy coaching agency.

White has spent more than 30 years driving profitable growth in mid- to large-sized life science companies, and has an extensive engineering background.

According to U.S. Census Bureau data from January 2021, women have over the last nearly 50 years made gains in some STEM occupations, including for math and science. Computer and engineering jobs have not seen as much female representation.