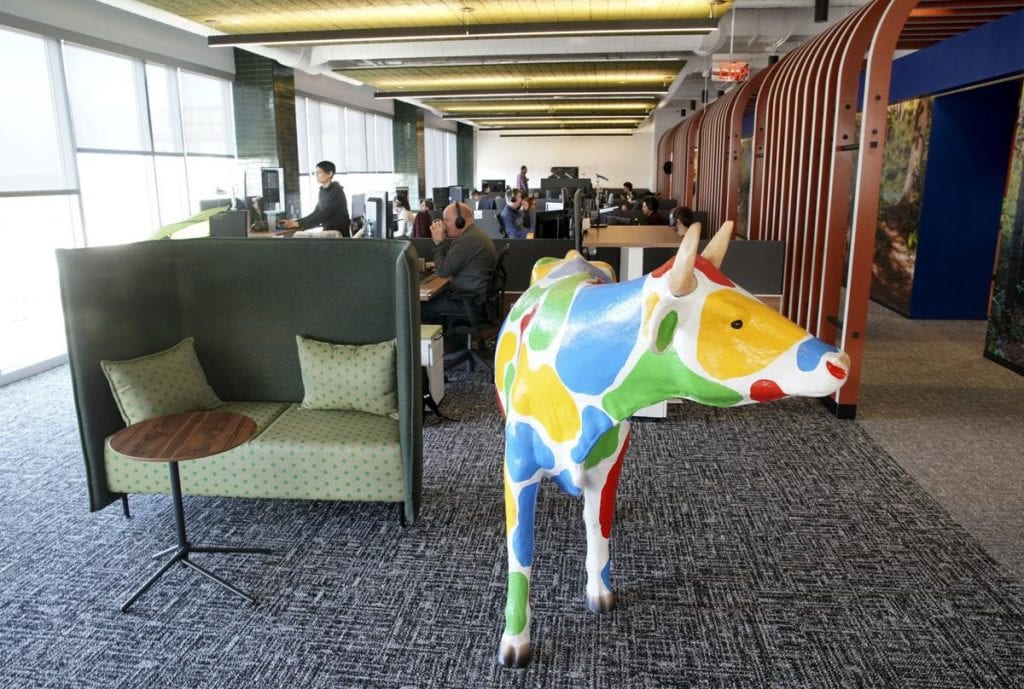 In an office twice the size of its old one, Madison’s more than 100 Google employees have ample space for working, meeting and partaking in the internet giant’s many employee perks — all with a panoramic view of the Isthmus.

Google has had a presence in Madison for more than a decade, opening its first office here with just three employees in 2007. After topping more than 30 employees, the Madison office moved into a high-rise in the 700 block of East Washington Avenue in 2013, where it had been until the company moved across the street to 811 E. Washington Ave. in early September.