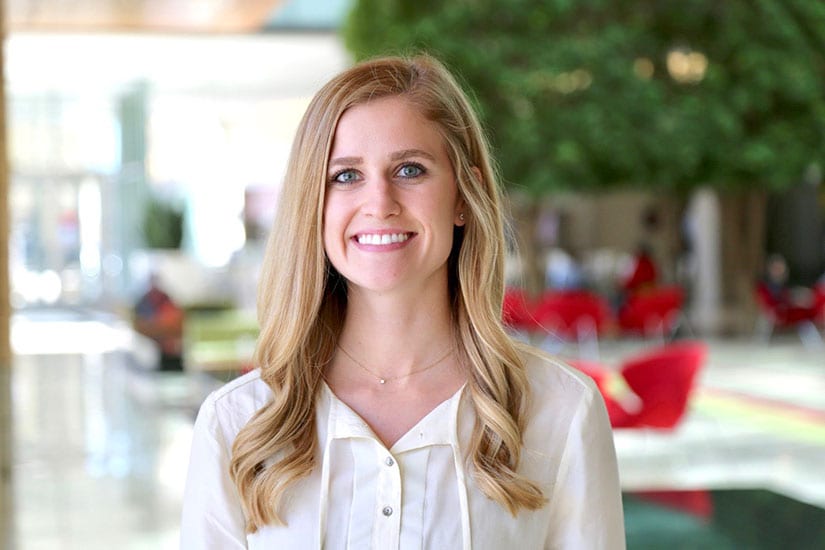 After earning bachelor’s and master’s degrees in biomedical engineering, Rebecca Alcock will start her PhD in industrial and systems engineering at UW-Madison in fall 2020. Photo courtesy of Rebecca Alcock.

While her University of Wisconsin-Madison engineering classmates were landing jobs or applying to graduate school, Rebecca Alcock was preparing for a summer of volunteer work in a Guatemalan mountain town and trying to sort through her uncertainty about the future.

During those three months at the Engineers Without Borders office in Joyabaj in Guatemala’s Western Highlands in the summer of 2018—amid working on infrastructure projects and interacting with the local community and government—Alcock found the career inspiration she had been missing.

“I decided to pursue grad school and dedicate the rest of my studies and career to global health and development work,” she says.

Alcock is now doing just that as a recent master’s degree recipient in biomedical engineering and an incoming PhD student in industrial and systems engineering at UW-Madison. And, two years later, her experience in Guatemala has allowed her to play a leading role in a large-scale, United Nations-backed effort to mobilize production of personal protective equipment (PPE) and more in developing countries around the world amid the COVID-19 pandemic.

The project is a collaboration among engineers and other experts at UW-Madison, Marquette University, the University of Colorado Anschutz Medical Campus, Colorado Mesa University, Engineers Without Borders (EWB) and the United Nations Development Programme (UNDP).

With support from the UW-Madison International Projects Office, Alcock is leading a small team that’s consulting with government officials, healthcare systems leaders and local manufacturers in Guatemala, Yemen, Malawi, the Maldives and Sudan on design and production of PPE like face shields and masks, medical equipment such as ventilators, and water, sanitation and hygiene infrastructure. The group has also offered ad hoc technical assistance to groups in Ethiopia, Lebanon, Malaysia, Mexico, Mozambique, Nigeria, the Philippines, Turkey, Vietnam and Zimbabwe.

When EWB senior engineer Michael Paddock contacted the UW Makerspace team to inquire about replicating its approach for production of the Badger Shield in Guatemala, Alcock, a graduate assistant at the makerspace, was a natural fit to get involved. She’s drawn on both her medical device design-intensive background as a two-time biomedical engineering graduate and her work on Shield Net, the online face-shield matching platform that grew out of the Badger Shield collaboration.