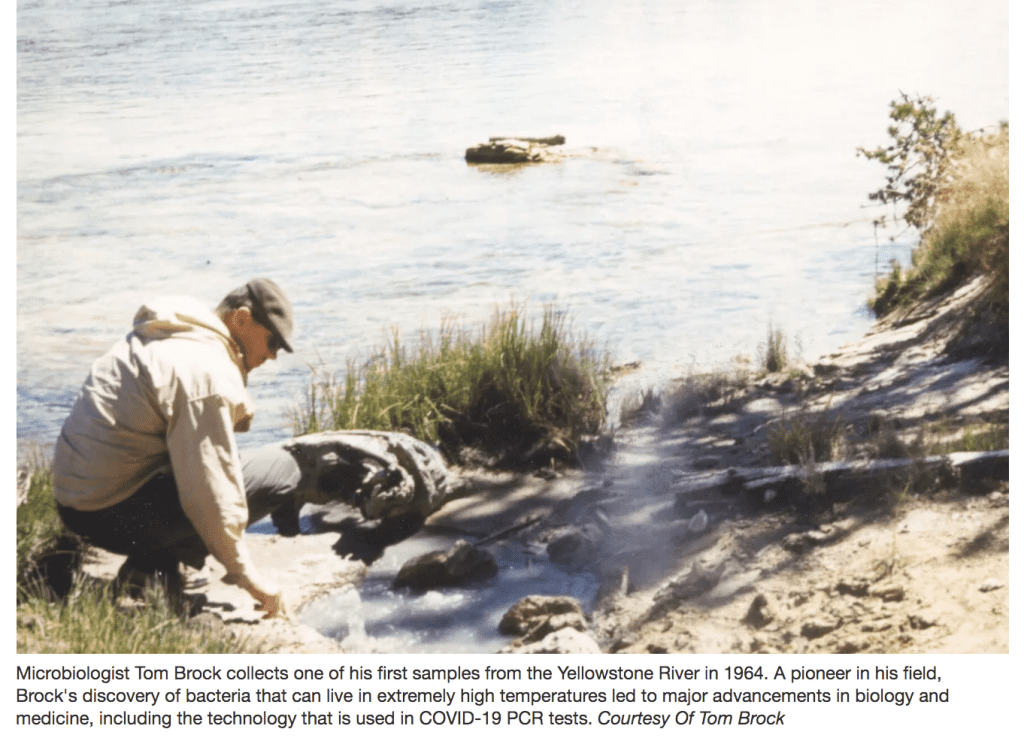 Like so many great scientific discoveries, Tom Brock, an emeritus professor at UW Madison, started the research that would go on to revolutionize the field of biology – and pave the road to the development of the gold-standard COVID-19 tests used to fight a pandemic – with a question.

In 1964, the microbiologist was driving out West when he stopped to visit Yellowstone National Park. It was the first time he saw the park’s picturesque hot springs.

“I got to the thermal area and I saw all these colors of what were obviously microbes,” said Brock, then a professor at Indiana University. “No one seemed to know much about them.”

The next summer, he returned to Yellowstone with a student research team and a grant from the National Science Foundation to research life at high temperatures. It was the start of what would become a decade of work studying the park’s microscopic creatures.

Brock was performing what’s called basic research. He did not know for sure where the work would lead him or how his findings might be used in the future. The goal was as vague as it was grand: to advance scientific understanding about the organisms living in one of Earth’s most extreme environments.

In doing so, he changed the world.