Illumina, secret giant of DNA sequencing, is bringing its tech to the masses 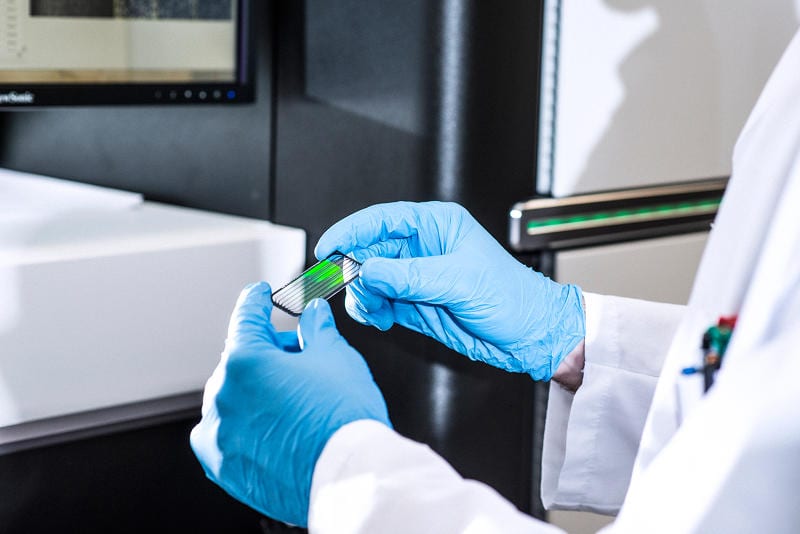 20 Sep Illumina, secret giant of DNA sequencing, is bringing its tech to the masses

Posted at 15:19h in Featured, Resident Company News by aveak

It would raise the stakes even higher, but that didn’t stop Jay Flatley, Illumina‘s then chief executive, from sending in vials of his own saliva and blood to the company’s newly opened lab. It was January 2009, and Illumina’s scientists were about to embark on their first mission to sequence a whole human genome.

The project, internally dubbed “Jaynome,” required a prescription from Flatley’s doctor in case the scientists discovered something medically relevant. It took several weeks and cost tens of thousands of dollars for the lab to deduce the sequence of the genome. “We felt the pressure, but we were doing a lot of firsts at that time,” recalled Brad Sickler, the company’s then recently hired bioinformatician. “Jay was in the first 10 people in the world sequenced at this depth.”

The result of the Jaynome experiment hinted at the potential—and some of the challenges—of bringing gene sequencing into clinical care. Flatley learned he had a condition called malignant hyperthermia, which can result in sudden death while under general anesthesia. “It’s 100 percent preventable if you know about it,” Flatley later told me. “Only few people do.” He was also informed that he shouldn’t have survived childhood. At that time, it was no easy feat to shift through a giant pool of 3.5 to 4 million variants, without having robust data to compare it to. Read more …