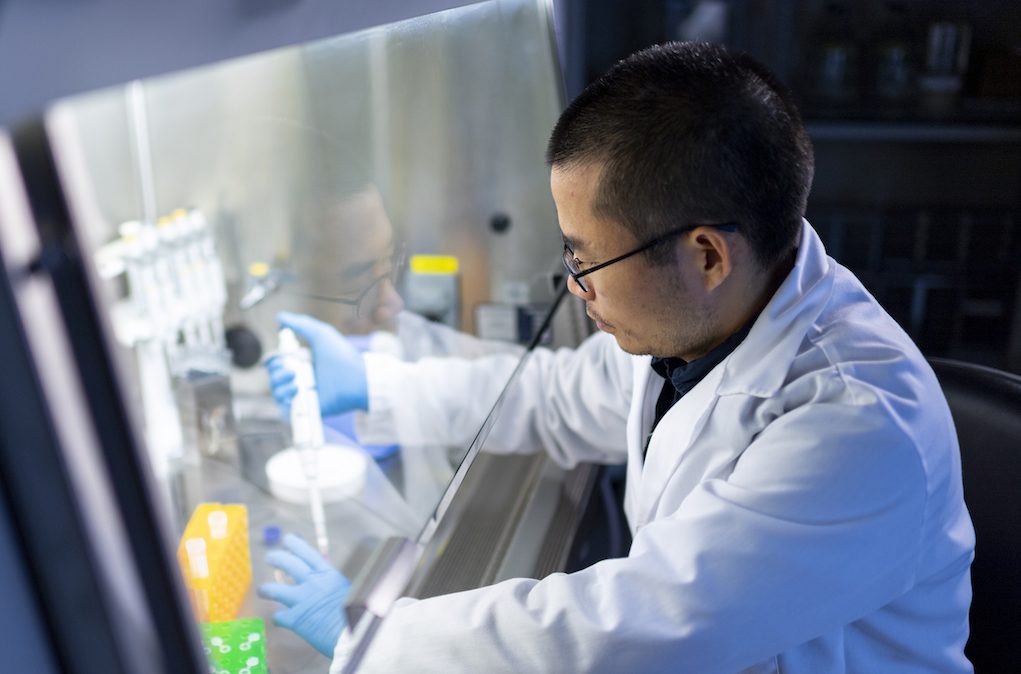 Stem cell research holds great potential for regenerative therapies and treatments to combat cardiovascular disease, which is responsible for over 30 percent of all deaths worldwide.

Highly functional cardiomyocytes—the muscle cells responsible for the contraction of the heart—are important for disease modeling, drug screening, and other regenerative medicine approaches.

However, the process of differentiating stem cells into cardiomyocytes is costly, labor-intensive, and highly variable.

In a new study published today in the journal Nature Communications, the Skala Lab developed a non-invasive imaging technique that can predict the efficiency of cardiomyocyte differentiation as a method of quality control.

“If we can predict the outcome of stem cell differentiation into cardiomyocytes at a very early stage, then we can save time, money, and speed at the manufacturing stage,” says Tongcheng Qian, lead author and assistant scientist in the Skala Lab.

It takes about 14 days for human pluripotent stem cells to differentiate into cardiomyocytes, during which the cells have drastic changes in metabolic activity.

The researchers measured autofluorescence of NAD(P)H and FAD, two molecules that are involved in cellular metabolism, at various timepoints throughout the differentiation process. Since this method uses the innate autofluorescence of the cells, it is non-invasive and can be performed in real-time without damaging the cells.

While there have been many studies that look at metabolic changes during stem cell differentiation, Qian and Skala say the predictive modeling of their research is important.

“For applications or biomanufacturing, we can then intervene at early timepoints to change media conditions or change confluency to improve the outcome,” says Skala, also a professor of biomedical engineering at the University of Wisconsin-Madison.