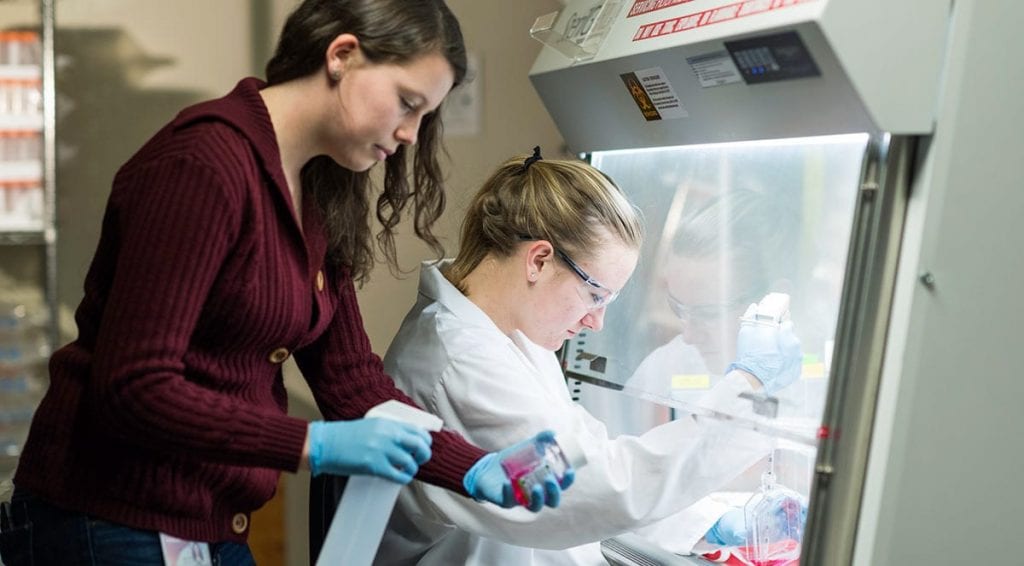 People typically associate the most frightful cancers with their ability to grow aggressively, but neuroendocrine tumors are dangerous for the exact opposite reason: They grow so slowly, they can go undetected before it’s too late to intervene.

The incidence of neuroendocrine tumors, which originate in the digestive system, has increased 600 percent in the last 30 years, primarily because doctors are finding them unexpectedly when looking for other problems during tests such as CT scans. The challenge to find optimal treatments is complicated by the fact that their slow growth has been next to impossible to replicate in the lab.

Against this backdrop, scientists at the Morgridge Institute for Research and the University of Wisconsin-Madison Carbone Cancer Center are finding promising new ways to model this disease in the lab and measure the efficacy of different treatments. In research published April 14, 2021 in the journal Cancers, the research team describes creating 3D cancer organoids that mimic the slow growth neuroendocrine cancers show in the human body.

Armed with this clinically relevant model, the team then used optical metabolic imaging to measure changes in the cancer in response to different treatment combinations. The hope is the team has created a platform to more quickly develop more effective drugs.

“The majority of patients with neuroendocrine tumors are getting diagnosed when they are in later stages of the cancer,” says Amani Gillette, lead author of the paper and a researcher in the lab of Morgridge investigator Melissa Skala. “Unfortunately, with the three or four chemotherapy options out there now, the tumors are very hard to treat if surgery is not an option. These chemotherapies also tend to be heavy hitters with many side effects. So better drugs are desperately needed.”

The project originated with Dr. Dustin Deming, a UW-Madison oncologist who specializes in gastrointestinal cancers including colorectal and esophageal cancers. Deming had started seeing an increasing number of patients with gastroenteropancreatic neuroendocrine tumors (GEP-NET) and became motivated to address the need for more precise treatment.