11 May InsideWis: Competition for tech talent entering new era in Wisconsin, well beyond 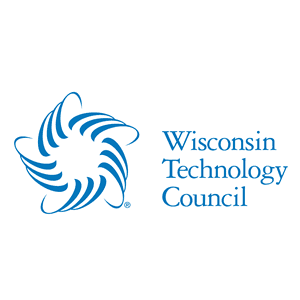 MADISON, Wis. – It’s no longer a case of Wisconsin companies needing to compete against their peers in Illinois, Minnesota or other neighboring states for technology talent. It has become a national and international contest, thanks in large part to the rise of remote work.

That’s a major takeaway from a just-released study conducted for the Tech Councils of North America, an association of 60 state, provincial and regional groups that charts trends in tech infrastructure, regulation, workforce and more.

While the COVID-19 pandemic led to a rise in remote work across many business sectors, the number of remote job postings for tech jobs has climbed nearly three times as fast for jobs that fall into 15 software developer, system administrator and network analyst codes set by the U.S. Bureau of Labor and Statistics.

That means a job posting in Appleton, Madison or Milwaukee might just as easily by filled by someone elsewhere in the state, the Midwest or the world as someone living within those labor markets. Conversely, jobs posted in San Francisco, New York City or Texas – three enduringly hot job markets – might well be filled by someone in Wisconsin looking for higher pay without needing to move.

“There has been a drastic increase in remote job postings since the pandemic began,” said Jennifer Grundy Young, executive director of TECNA, which includes the Wisconsin Technology Council and the Milwaukee Tech Hub Coalition.

“While employers generally appreciate that workers have more flexibility to work remotely, they also find encouraging collaboration to be very hard in remote settings. It’s often much harder for workers to congeal as a team,” Young said.

The study looked at a two-year period that roughly followed the peak of the pandemic and a year that ended in April 2022. Wisconsin showed an increase of 0.9% in tech jobs during the two-year pandemic period and 6.6% overall in the year ending in April.