InsideWis: Pushing the boundaries of the ‘Endless Frontier’ in science

23 Jul InsideWis: Pushing the boundaries of the ‘Endless Frontier’ in science

Posted at 13:38h in Featured, URP News by Diana Starr 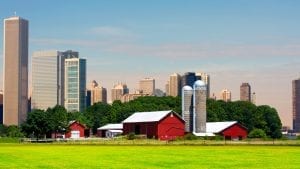 Vannevar Bush is a giant of American science and technology whose name you’ve likely never read or heard … but probably should.

An engineer, inventor and science administrator, Bush ran the World War II Office of Scientific Research and Development. He was a vice president and dean at the Massachusetts Institute for Technology, the founder of what is now Raytheon, and later was the main force behind the creation of the National Science Foundation. His inventions, such as the first practical differential analyzer, continue to influence how computer science is studied.

Perhaps most important, Bush helped to set the course for post-war prosperity by pushing for investment in American science and innovation. That legacy is getting renewed life in Congress today.

Bush wrote “Science – The Endless Frontier” for President Truman in 1945 to reinforce the link between technological primacy and economic progress. He envisioned such investment as an edge that would keep America at the forefront of rebuilding a devastated world.

The nation and the world have been severely tested in different ways in 2020, underscoring a need to invest in research and development for a safer, stronger future. The “Endless Frontier Act,” introduced in Congress by a bipartisan group that includes U.S. Rep. Mike Gallagher, R-Wis., is an effort to do so.

With a cost of $100 billion spread over five years, the Endless Frontier Act was introduced “to bolster U.S. leadership in science and tech innovation and dramatically increase investment in emerging tech.”

It aims to create a new technology directorate within the National Science Foundation – still very much alive decades after Bush’s vision took hold – with separate authorities to fund and advance 10 key technology focus areas viewed as most important to American security and prosperity.