Keys to a successful COVID-19 vaccine

Posted at 14:43h in Featured, URP News by Diana Starr

The race to develop a vaccine for the novel coronavirus that causes COVID-19 is happening with unprecedented speed, and will represent the largest global vaccination effort since the fight against polio nearly 70 years ago.

That historical perspective is important, says Morgridge virology investigator Paul Ahlquist, as a reminder of how life-changing vaccines have been for humanity. Before the successful vaccines developed by Jonas Salk and Albert Sabin in the mid-1950s, polio was one of the most feared diseases in the United States, causing an average of 15,000 cases of paralysis every year, mostly in children. It took until 1994 to eradicate polio in the Western Hemisphere. 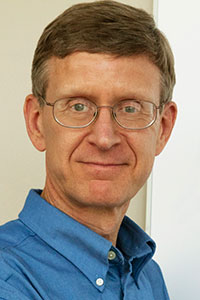 The same trajectory existed for smallpox, a dreaded disease that killed more than 300 million people in the 20th Century alone. Three in every 10 people who contracted smallpox died from it. It took an intense eradication program, driven by effective vaccines, to eliminate smallpox in North America in 1952 and in most of the world by the late 1970s.

“People forget how much pain and suffering and death was removed by vaccines against polio, measles and smallpox,” Ahlquist says.

“At the point that a vaccine, or a pool of vaccines, has been vetted through their rigorous clinical trial processes, any risk associated with taking such a valuable protection would be vastly less than not taking it.”

While they are different diseases with different challenges, these successes hold powerful lessons for how we fight COVID-19 in the year ahead and how we respond to vaccines, Ahlquist says. Two of the most important elements will be patience and trust, especially in the Food and Drug Administration’s (FDA) strenuous oversight process in developing a safe vaccine.

“There are indications that there may be an unfortunate level of vaccine hesitancy,” Ahlquist says. “And we all understand this at some level – I wouldn’t want to take one of these vaccines tomorrow. But by the time one or more of these candidates have been through the full FDA approval process, which is likely by sometime early next year, there would be strong reason to believe in its safety.”

“People should have faith in the FDA,” he adds. “Their staff know their business extremely well and they’re extremely dedicated. At the point that a vaccine, or a pool of vaccines, has been vetted through their rigorous clinical trial processes, any risk associated with taking such a valuable protection would be vastly less than not taking it.” Moreover, he notes, even after approval, the safety of new vaccines continues to be closely monitored as their use is expanded, providing important ongoing safeguards.