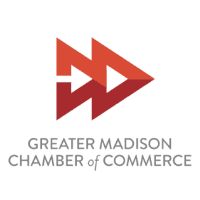 Posted at 12:46h in Featured, URP News by aveak

Madison-area business leaders are seeing an influx of millennial talent as a result of the region’s growing tech ecosystem.

“It’s a very exciting time,” says Jeff Naughton, site director for Google Madison. He spoke at a “State of the Sector” event put on yesterday by the Greater Madison Chamber of Commerce.

Naughton says the tech giant’s Madison office made a lot of new hires in 2017. He notes a lot of new grads are being hired by other companies, while others are moving from the coasts to see what this part of Wisconsin has to offer.

“Seattle area, San Francisco area… people who really want to live in Madison and like the opportunity of working for a company like Google, but in Madison,” Naughton said. “We’re really hoping to continue that kind of thing.”