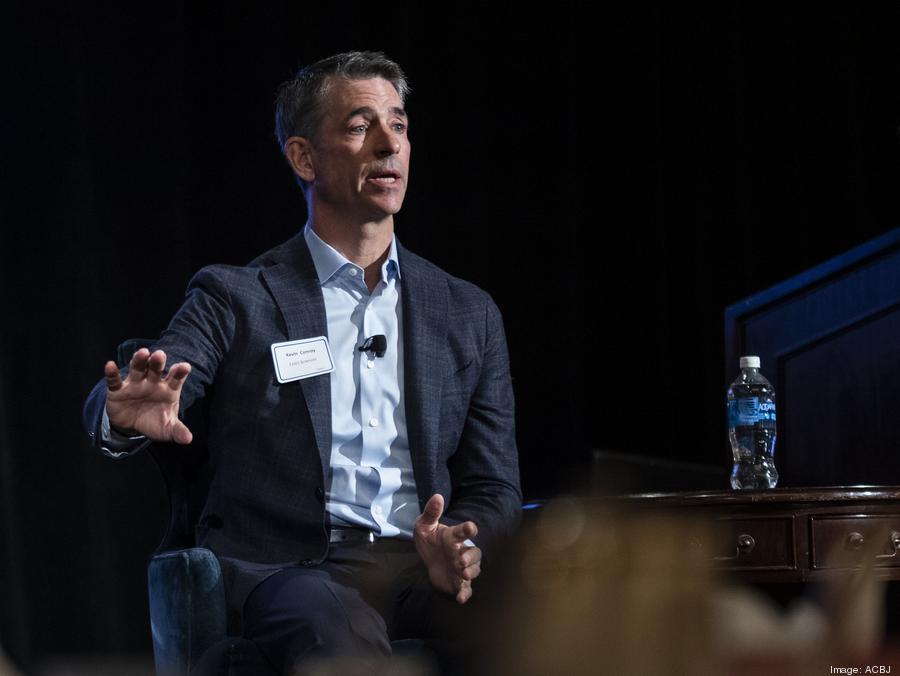 Kevin Conroy of Exact Sciences, “We won’t know how many cancers we’ll find until we go out there and study a really large population.” Kenny Yoo/MBJ

Madison cancer diagnostics company Exact Sciences Corp. is working on a test that would screen for multiple types of cancer with a single blood draw. It’s aiming to help people catch early-stage cancer so it can be treated quickly.

The test passed proof of concept in a 10,000-person study, Exact Sciences CEO, president and chairman Kevin Conroy said Friday at the Milwaukee Business Journal Power Breakfast event. It will be designed to detect the deadliest cancers but could detect dozens of early-stage cancers, Conroy said.

“We won’t know how many cancers we’ll find until we go out there and study a really large population,” Conroy said.

The company is conducting two more clinical studies later this year and early next year. It’s also planning an 80,000-patient prospective clinical trial to start next year, which it expects will include participation from Ascension, Conroy said. That trial will take a couple of years, Conroy said.

For patients who are willing to be part of the testing process, the multi-cancer screen may be available as early as next year through a laboratory-developed test, Conroy said.