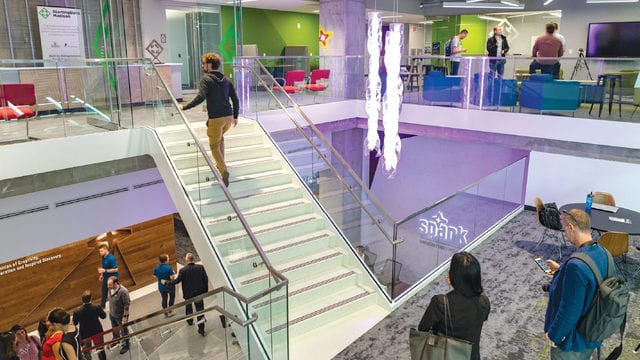 Twenty years ago, the Frank Lloyd Wright-designed Monona Terrace Convention Center became permanently etched into our skyline — its existence now as iconic to Madison as Bucky and the state Capitol. A few years later, architect Cesar Pelli’s Overture Center for the Arts transformed the top of State Street and elevated the arts scene. Then came the mecca for world-class scientific research, Wisconsin Institutes for Discovery.

Now comes StartingBlock, the entrepreneurial epicenter for the greater Madison region, which opened in June. Situated in the bustling, beating heart of the redevelopment district known as Capitol East, StartingBlock is, in a word, spectacular — inside and out. (Plus, it took only five years to make it a reality!)