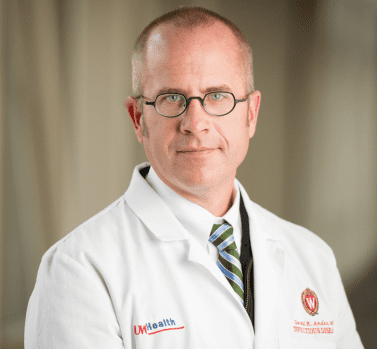 The National Institutes of Health is redoubling support for UW-Madison researchers scouring the world for new sources of antibiotics.

This comes as more than two million drug-resistant infections are reported every year, according to the U.S. Centers for Disease Control and Prevention.

“There are patients in almost every hospital with an infection that has absolutely no treatment option,” said Dr. David Andes, professor of medicine and division chief of infectious diseases at the UW School of Medicine and Public Health.

At his research lab, scientists are studying antibacterial and antifungal resistance with an eye toward new drug treatments. He’s leading the NIH-funded research team alongside Cameron Currie, a professor of bacteriology, and Tim Bugni, a professor in the pharmacy school.

“This is exciting, because our work is critical to finding new sources,” Andes said.