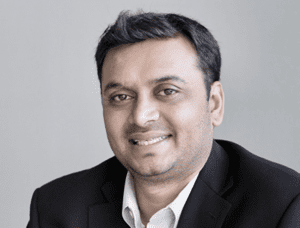 17 May Nimble Therapeutics spins out of Roche, saving Madison jobs

A new drug discovery and development company is taking root in Madison, and it will prevent more than a dozen skilled scientists here from losing their jobs.

Nimble Therapeutics formed in April, spun out of Roche Sequencing Solutions, originally NimbleGen Systems, which is slated to close by June 2020.

“I’ve been working with my team on this technology for quite some time. We knew it was a very powerful technology for the marketplace,” said Jigar Patel, founder and CEO of the new company.

Roche, the Swiss global pharmaceutical giant, bought NimbleGen in 2007 for $272.5 million. But since then, the Madison site — which had about 90 employees when Roche bought the company — has had at least two staff reductions.

Roche said last June it would close the Madison operation completely by June 30, 2020, ending the jobs of 79 employees.

Enter: Nimble Therapeutics, a company based on discoveries made by some of the Roche employees here.