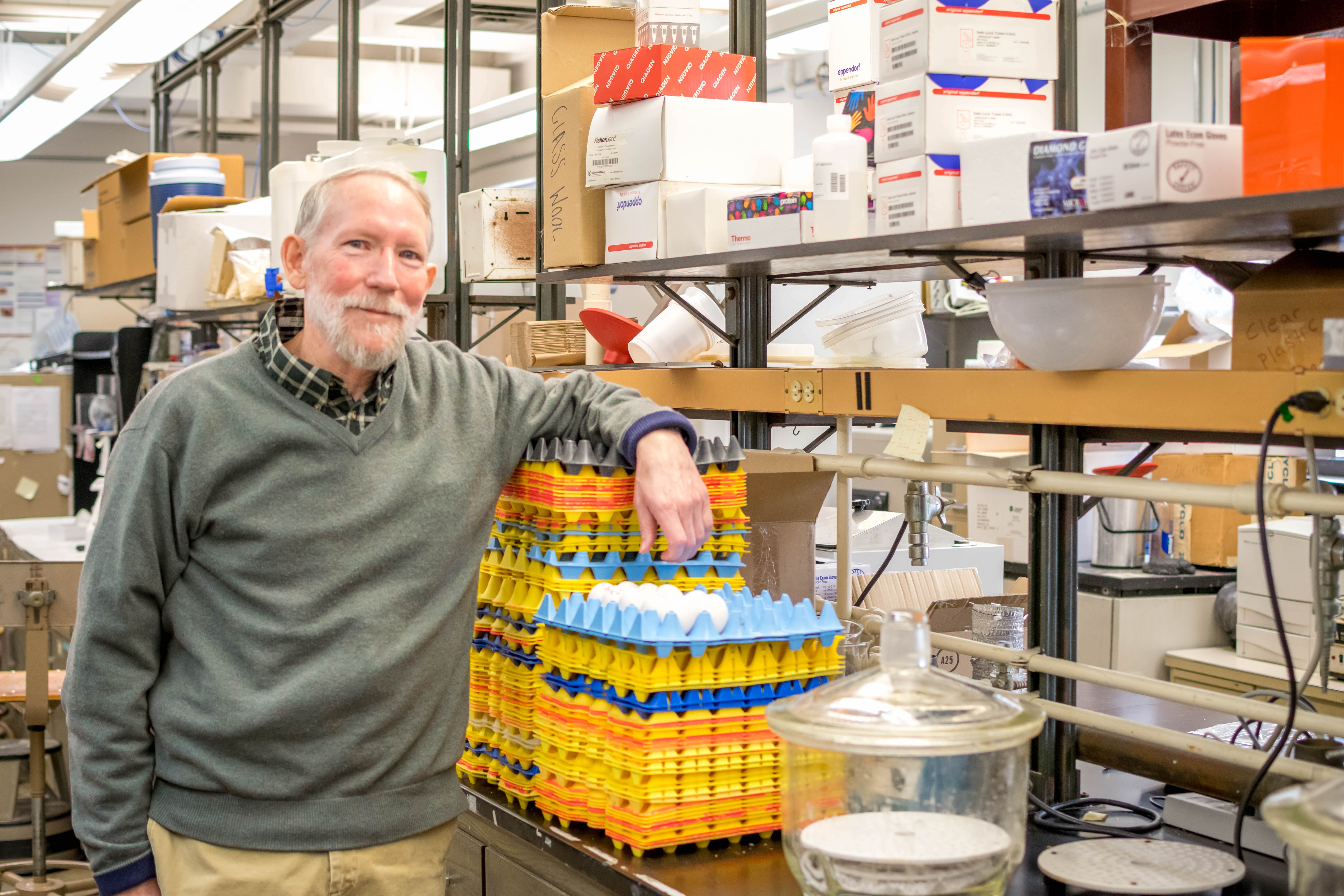 Mark Cook, a professor of animal science at the University of Wisconsin–Madison whose research yielded advances in human health and food production, died from complications of cancer at home on Saturday, Sept. 9, in the presence of friends and family.

With more than 40 patents, three startup companies and a strong record of involvement in university initiatives, Cook was not one to be hobbled by conventions, departmental boundaries or a “we can’t do that here” mindset. Through it all he maintained a dedication to teaching that extended to his department’s introductory course, Animal Science 101.

“Mark was a distinguished scientist, with a remarkable commitment to innovation and technology transfer,” says Kathryn VandenBosch, dean of the College of Agricultural and Life Sciences. “His work embodied the Wisconsin Idea, seeking advances and solutions in the areas of health and agriculture. He was also a man of integrity, who felt a deep sense of service and commitment to his students, colleagues and the university. He will be greatly missed.”

An avowed “chickenologist,” Cook was well-known in the poultry industry, says Daniel Schaefer, chair of Cook’s department and his friend for 17 years. “His discoveries and opinions were respected internationally. Even though he had no formal extension appointment, he was frequently called by poultry companies on nutrition or immunology questions.”

Cook earned a Ph.D. at Louisiana State University in 1982 while studying the relationship between pathogens, nutrition and the poultry immune system. At the UW, his wide-ranging interests and unstoppable curiosity found full expression in the entrepreneurial activity he pursued with a passion to make a difference in the world. Read more …