Olver looks to future growth as he preps to helm URP

Posted at 10:18h in Featured, URP News by aveak

Aaron Olver, who will take over as head of University Research Park next month, says he’ll be working over the next year on an updated strategic blueprint as URP’s new site gears up for business.

“It will be important to take a look at not only how we protect the strengths of the existing park, but how we launch the park on the far West Side,” he said. “And also to take a look at the technology scene that is growing downtown and ask what role should and can URP play in supporting that ecosystem and strengthening its link to the university.”

The research park’s main campus, at Whitney Way and Mineral Point Road on Madison’s West Side, is now home to nearly 130 companies with 3,500 employees. According to a 2010 Northstar Economics report, the facility contributes more than $825 million annually to the state’s economy. The research park also has a downtown Metro Innovation Center on East Washington Ave. and a new 370-acre facility on the far West Side at County M Road and Junction Road. It has streets and some infrastructure, but no tenants yet. 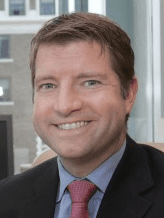 “That’s my sweet spot,” said Olver, who is leaving his post as Madison’s economic development director. “I’m tremendously excited about my new job.”

The 40-year-old Olver comes with impressive credentials. A Rhodes Scholar at Oxford University in England, he is a former state Department of Commerce secretary. In addition, the Middleton native worked as a management consultant for McKinsey and Co. in Chicago before returning to Madison to work in the administration of former Gov. Jim Doyle. Olver will earn $225,000 annually at his new post.

Olver lauded Mark Bugher, who retired in November, and Greg Hyer, URP’s interim director, for their leadership of the research park in recent years. It is widely considered a national and even international model for the way it’s turned UW-Madison discoveries into companies.

“The research park has been a pivotal part of the entrepreneurial and technology ecosystems here for 30 years,” Olver said. “It was a visionary investment back in the late ’70s and early ’80s when it was being planned. They recognized that if Wisconsin and the university were going to succeed and remain strong, we had to be deeply engaged with the business community … in translating university research out into the commercial world to benefit our faculty and our students, our graduates and ultimately the Wisconsin economy.”

Olver said he is convinced all three URP facilities will play a major role in turning research into products, companies and jobs in coming years.

“There are some some new initiatives coming out of the UW Madison chancellor’s office to really translate WARF technology and support entrepreneurship through the Discovery to Product initiative and to build strong corporate research partnerships through the Office of Corporate Relations,” he said. “I want to positon URP to be a key ally in both of those efforts to expand the UW’s reach and influence.”

Olver said the second park differs from the first in a couple of ways.

“It is a little further out which lengthens the distance from the university and changes the nature of some of the opportunities we might see out there,” he said. “It is also planned with a new urbanist footprint. So there is an anticipation that there will be some mixed-use development with residential and retail. It might also have a town center embedded within it that would help create a sense of place that companies today are looking for and that employees like in terms of finding live/work/play environments.”

Olver said he knows of no plans – at this point – for another research park.

Research Park 2 is a “long-term project,” he said with a chuckle.

“There are 64 pad sites planned for the second research park. So I can easily imagine me spending my entire career or more building that out. That might be a question for the director who succeeds me, were I to be there that long.”

Before he takes over his new position, he’s looking to wrap up some work for the city. He said he enjoyed his three-plus years as Madison’s economic development director. During his time with the city, he said he was involved with a “range of initiatives aimed at growing the tax base, creating jobs and also helping to make sure that prosperity is widely shared.

“I’ve been involved with things like land banking – buying and then making available for development – the Don Miller holdings on East Washington and working on positioning Union Corners for development,” he said.

“I oversee the Tax Increment Finance Program and that has gone through an overhaul in the last three years. We are in the midst of developing a public market, which my division is leading, and a new economic strategy for the city that we’re in the second phase of. We are also focusing on equity issues as well and how we can make sure that as Madison grows and develops, those jobs and that prosperity is available to everyone who is willing to work hard.”

He said he doesn’t accept the criticism that it’s hard to do business in the city.

“It is true that Madison has high standards,” he said. “And my job over the past few years has not been to lower those standards, but to help companies and real estate developers meet them. I think we’ve had some good success. There are a lot of cranes in the sky right now and a lot of companies that are expanding here.”