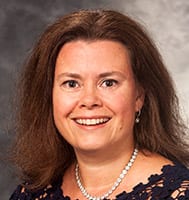 An eight-year quest to find the cause of a disease has apparently ended now that scientists at UW-Madison have identified the mutations that produce a form of myelofibrosis, a rare genetic blood disorder.

Mutations in a protein that controls the production of blood platelets appear to be the source of a genetically inherited form of macrothrombocytopenia with focal myelofibrosis, according to Inga Hofmann, MD, assistant professor of pediatrics, medical director for the UW Program for Advanced Cell Therapy, and lead author on the paper.

The results were recently featured as the September cover article in the journal Blood.