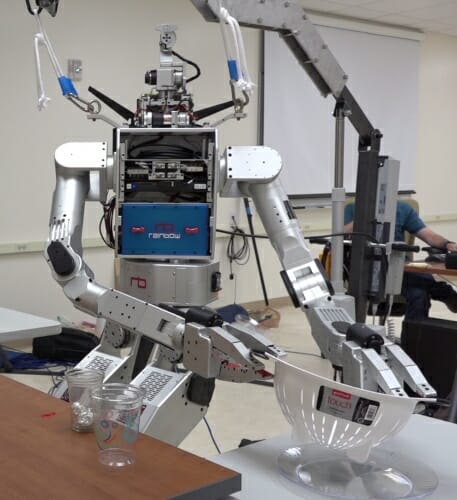 Hulking robots common to assembly line manufacturing tend to be loners. They often cut, bend and weld metal inside cages and behind barriers meant to safely separate them from human workers.

“For a long time, the best factory robot has been one that you set up, and you don’t touch for two years. It does the same thing over and over, unchanged, a million times,” says Bilge Mutlu, a University of Wisconsin–Madison professor of computer science, industrial engineering and psychology. “But because those robots are built to be very powerful and very accurate, they are also very dangerous for people. You can’t get in its way.”

With newly won support from NASA, Mutlu and partners at UW–Madison and Boeing are designing lower-power robots that can handle a wider range of less-rigidly defined tasks by working more collaboratively with a human operator.