Study features Madison as place of industry and innovation, highlights impact of research on economic growth 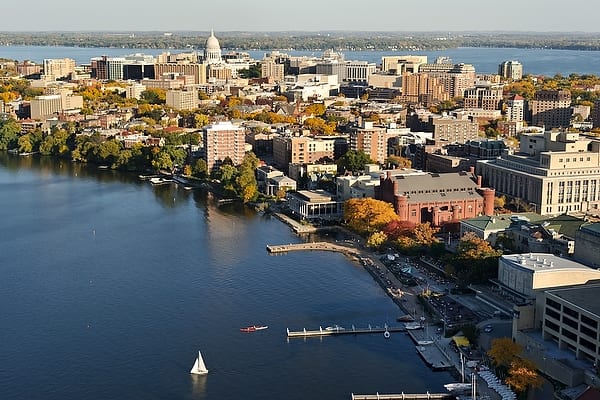 Posted at 16:22h in Featured, URP News by aveak

Today the Atlantic Council released a new report, “Keeping America’s Innovative Edge,” that provides a strategic framework for reinvigorating innovation in America and includes policy recommendations that cover subjects such as research and development, skills training, education and city planning. Madison was one of four U.S. “tech hubs” – along with Boulder/Denver, Austin and the San Francisco Bay Area – featured in the report, and Chamber board member Aaron Olver, Managing Director of University Research Park, was part of the expert panel at the event launching the report.

“To be one of just four tech hubs profiled in this report is a tremendous validation of the progress the Greater Madison region is making toward being recognized as a place of industry and innovation. As the report states, place matters, and with the right tools, investment and intentional action, Greater
Madison is well-positioned for continued growth and recognition.

“While the report includes many encouraging signs for Greater Madison’s economy, there are cautionary notes as well, particularly when it comes to a long-term decline in government-funded university research. This report highlights the critical impact that research has on our innovation economy and serves as another warning lawmakers must heed about the direct correlation between public investment in universities and economic growth.

“UW-Madison is a world-class research institution that supplies the state with skilled talent and technology transfer into the marketplace, but that reputation and associated output cannot be taken for granted. To maintain our global competitive edge, it is imperative for state and federal policymakers to reverse the trend in declining research funding.”

You can read the full report here.