Posted at 17:07h in Featured, URP News by Diana Starr 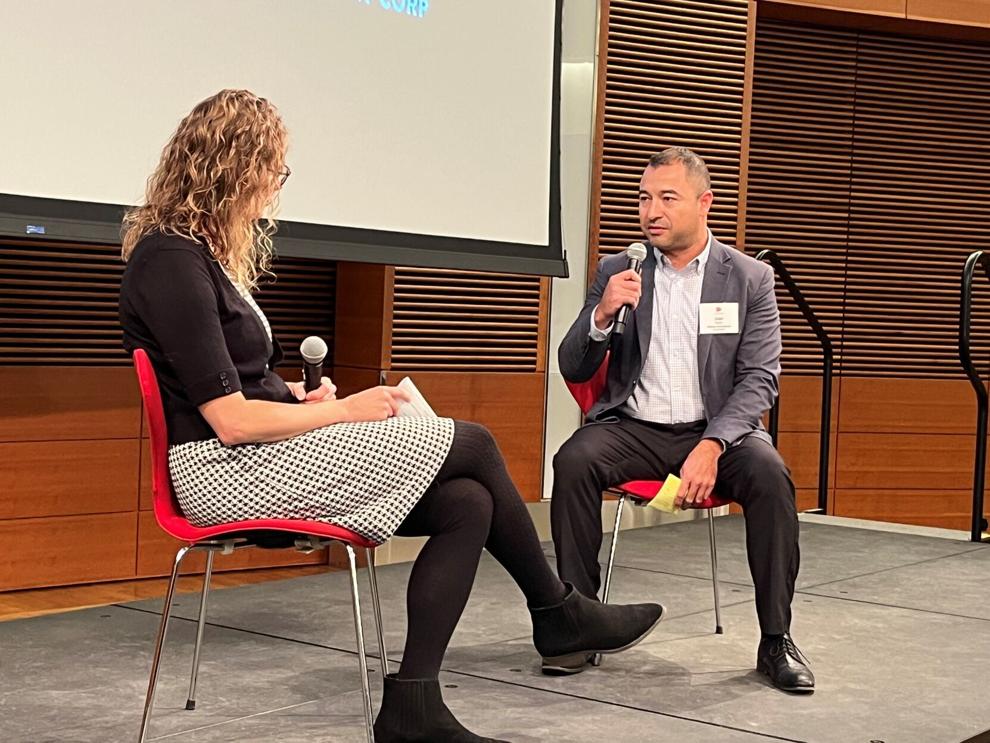 Interest rates are up, home prices are up, and inflation remains stubbornly high, despite the Federal Reserve’s efforts.

But according to the handful of industry leaders who took the stage at “State of the Sectors,” an annual panel on economic trends hosted by the Greater Madison Chamber of Commerce on Wednesday, Madison’s economic prospects aren’t dismal at all.

Jessica Martin Eckerly, co-founder and CEO of coworking laboratory Forward BIOLABS, said many of the startup leaders who rent space at her facility tell her that while venture capital might have dried up in some industries or regions, it’s still flowing in theirs.

“There are industries that are still being well funded,” said Eckerly, whose 10,000-square-foot nonprofit facility at University Research Park houses startups in a variety of science sectors. “Nationally, there might be headlines, but things are good.”

Also promising, she said, is the fact that more companies are moving to or staying in Madison. She pointed to lab-grown seafood startup Cultured Decadence, which got its start at Forward BIOLABS. In January, it was acquired by California-based “cultivated meat” company UPSIDE Foods, but it hasn’t left Madison.

“All signs are still positive for companies here … Companies that once might have thought to build elsewhere, they’re now building here,” Eckerly said, pointing to Fujifilm, which earlier this week announced a 140,000-square-foot expansion in Madison as one example.

The entrepreneurial ecosystem might not be perfect, but it’s improving, she said. “I think for every challenge, there are people and entities working on solutions to those problems in ways that we didn’t see 10 years ago.”

Among the challenges on Juan Gomez’ mind are rising interest rates, a sharp reversal from the “near 0%” rates seen early in the pandemic. Gomez, vice president of lending and investments at Madison Development Corporation, said the task now is to “normalize” those rates, helping customers get used to this new reality.

Asked about a possible “silver lining” to those higher rates, Gomez said they would, theoretically, bring down prices.