Tom Erickson returned to campus to lead the new School of Computer, Data and Information Sciences 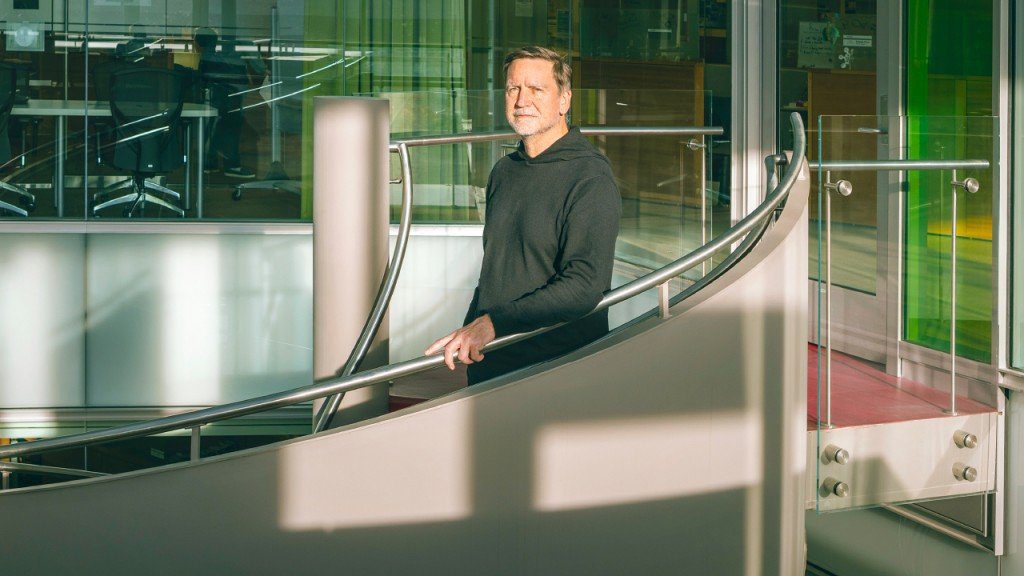 The September 2021 announcement of a major fundraising campaign — which will include a state-of-the-art building — to help launch the University of Wisconsin–Madison’s new School of Computer, Data and Information Sciences, or CDIS, brought together an array of campus luminaries.

Chancellor Rebecca Blank was there that day at the Discovery Building. So were John and Tashia Morgridge, alumni who contributed a staggering $125 million to the new enterprise, and Erik Iverson, CEO of the Wisconsin Alumni Research Foundation, or WARF, which granted $50 million.

It’s fitting that the one best able to appreciate the day in historical context — past being prologue — was the new school’s founding director, Tom Erickson.

As the first UW–Madison freshman ever hired at the engineering building’s computer lab, Erickson witnessed his future more than four decades ago.

The lab was in the basement of the engineering building. This was the 1970s. Erickson actually knew computers — his high school in Mondovi, Wisconsin, had a terminal linked to an early computer at the University of Wisconsin–River Falls.

Erickson went on to a highly successful entrepreneurial career in the tech industry that took him around the world, most recently to Boston at Acquia, a web content management software company that had 800 employees and around $175 million in annual revenue when Erickson retired as CEO in 2017.

Now, for an encore, Erickson has come home to Wisconsin, looking to give back to the place where he got his start. “I love the state of Wisconsin and I love the university,” he says. “It gave me an opportunity I couldn’t have dreamed of.”