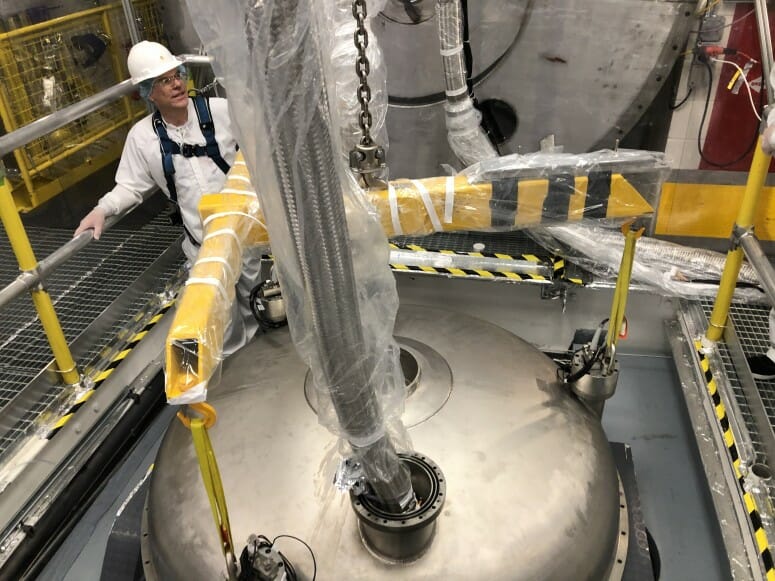 Nearly a mile beneath the Black Hills, in a gold mine in a South Dakota town called Lead, there is a hunt underway for theoretical particles known as WIMPs.

But don’t let the acronym fool you.

These WIMPs (which stands for weakly interacting massive particles) are heavy hitters in the field of particle physics — they are among our top prospects for explaining dark matter, the mysterious and unseen material thought to make up more than 80 percent of the total mass of the universe.

On July 7, Lawrence Berkeley National Lab announced the successful start-up of the Sanford Underground Research Facility (SURF) in Lead, a new underground detector ­designed to be at least 100 times more sensitive to finding signals from dark matter particles than its predecessor, the Large Underground Xenon experiment.

UW–Madison physicists and the Physical Sciences Lab have been working on the detector, the LUX-ZEPLIN (LZ) experiment, since 2012. PSL’s Jeff Cherwinka serves as LZ’s chief engineer. The LZ collaboration includes over 35 institutions and 250 scientists and engineers from around the world.

Cherwinka, PSL mechanical engineer Terry Benson, and other staff have contributed significant hours and expertise to the project. For instance, Cherwinka has already logged 491 days on site and driven more than 17,000 miles between South Dakota and Madison, when flying was severely limited during the height of the COVID-19 pandemic.

He is also not new to high energy detector design: Cherwinka, a 1989 UW–Madison graduate, has worked on detectors at the Daya Bay Reactor Neutrino Experiment in China, and both he and Benson have worked on the IceCube Neutrino Observatory project at the South Pole.