UW-Madison among most entrepreneurial schools in U.S. 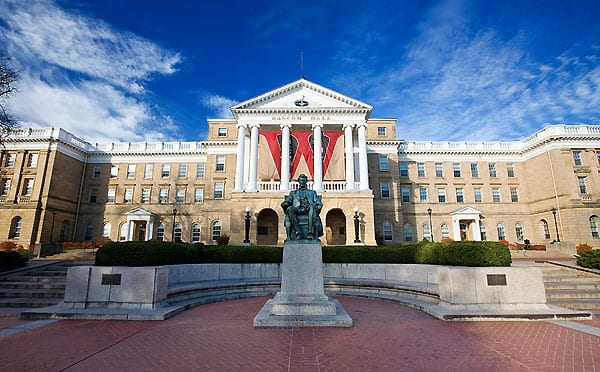 01 Sep UW-Madison among most entrepreneurial schools in U.S.

Posted at 14:35h in Featured, URP News by aveak

The University of Wisconsin-Madison is one of the top 50 entrepreneurial schools in the nation, according to a new report.

AffordableSchools.net, an independent college ranking site, based its ratings on the average rankings of the institutions’ graduate computer science program and MBA, as well as the average earnings of graduates and the metro area ranking for entrepreneurial activity. Wisconsin ranks 45th in the nation, according to the site.

Stanford University, University of California-Berkeley and Massachusetts Institute of Technology held the top three spots on the list of 50 schools, respectively. Read more …