Two days later, his job description changed dramatically when the university announced unprecedented measures it would take to reduce the spread of COVID-19. Instead of finding ways to expand research on campus, Ackerman was now tasked with ramping down most research labs and helping scientists continue their research remotely. 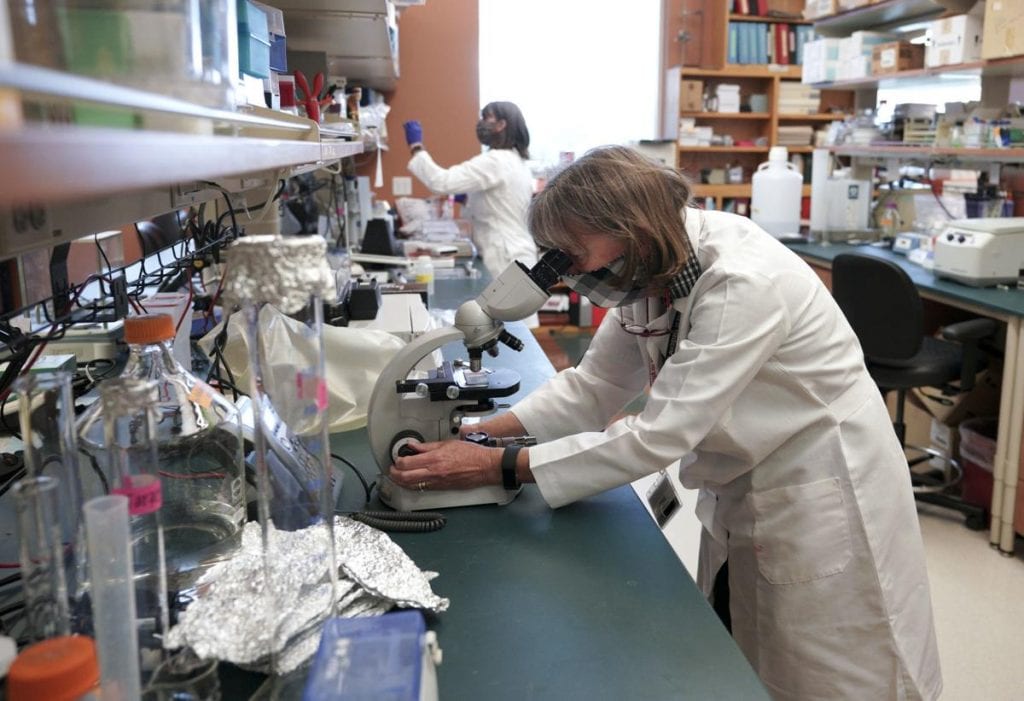 Research deemed “essential” — for example, work relating to COVID-19, therapeutic studies of human subjects involving drugs, or projects where pausing would lead to a loss of long-running data — continued. But for about 80% of the roughly 10,000 individuals involved in research on campus, scientists found themselves sidelined from their own laboratories for several months.

Researchers abruptly relegated to their home offices or living rooms still had plenty of work to do: papers to write, grant proposals to submit, data to analyze, reports to produce.

“There was not a research shutdown,” Ackerman said in an interview. “There was a shift in where the research occurred. … But now, after doing that for about three months, we’re getting to that point where … some people have to get back on campus in order to move forward their research objectives.”

UW-Madison began opening up some labs in June, adding about 2,000 researchers on top of the roughly 2,000 who worked through the pandemic. The university moved Thursday into its “second phase” of rebooting research, which lifts a few more restrictions including the ban on undergraduate students working in labs.

But it’s not back to business as usual. Labs have density restrictions limiting the number of people working at any given time. Masks are a must. Travel is restricted through at least mid-August, stalling some projects and public outreach.

All of those limitations — which scientists acknowledge are absolutely necessary for the health and safety of the community — will undoubtedly trickle down and delay the trajectory of some careers and perhaps even the pace of some discoveries.

“It has enormous implications on the training of the next generation of researchers,” electrical and computer engineering professor Mikhail Kats said. “Somebody who has a lot of experience, like a senior Ph.D. student, will work with someone junior at a lab bench for weeks. One person learns from the next the tricks of the trade. None of that is happening.”