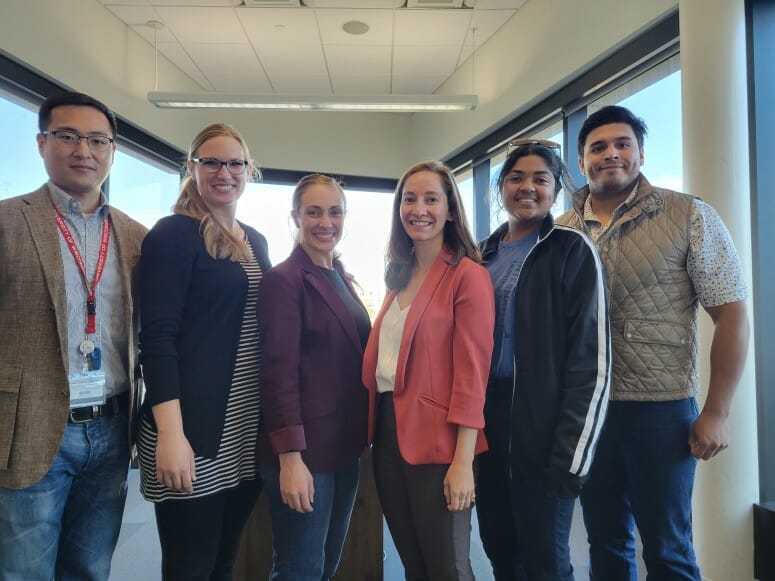 For a planet increasingly ravaged by the effects of climate change, removing carbon from the atmosphere could be part of a desperately needed turn in the right direction.

Innovators worldwide participating in the XPRIZE Carbon Removal competition are racing to develop technologies that can harvest that carbon dioxide efficiently and lock it away. Now, from an initial field of more than 500 entries, competition judges have chosen a University of Wisconsin–Madison team’s solution among the most promising.

The team, Earth RepAIR, was among the top 60 groups, and one of only 21 teams focusing on direct air capture, in the XPRIZE competition, a $100 million global challenge funded by Elon Musk and the Musk Foundation. The challenge is aimed at fighting climate change and rebalancing Earth’s carbon cycle — a critical need for action underscored in an April 2022 report issued by the Intergovernmental Panel on Climate Change. The multiyear, multistage competition concludes Earth Day 2025.

Teams eligible for the milestone award were required to demonstrate a working carbon dioxide removal solution, estimate its cost at full scale, and develop a plan for scaling and deploying their solutions at the megaton- and gigaton-per-year capacity. As a top-60 team, Earth RepAIR will receive support in a variety of areas, including legal, business, investment, demonstration sites and others, from XPRIZE.

The team harvests carbon dioxide from the air via a simple chemical reaction. Essentially, they blow air over a solution of the chemical hydroxide and capture carbon in the form of carbonate ions. Next, in a method patented by Wang, they combine the carbonate solution with coal ash, which converts the captured carbon dioxide into fine limestone and activated silica particles; those can be upcycled into cement. Hydroxide is a byproduct of that carbonation step, and the team recycles it back through the system, where it’s used to capture more carbon dioxide.