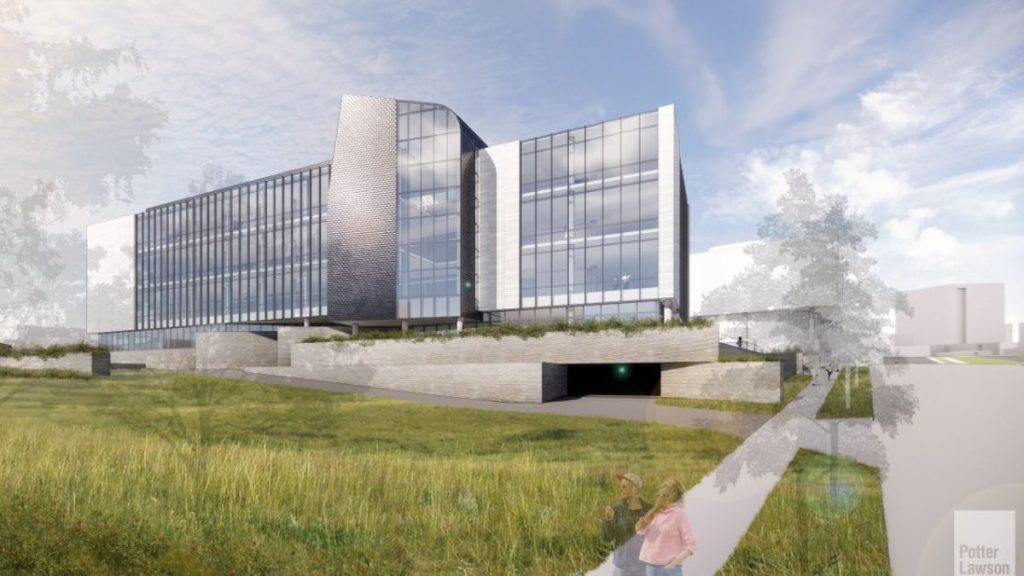 An artist rendering from Exact Sciences new $350 million project, which is expected to create 1,300 new jobs in the area. (WEDC)

MADISON, Wis. (WMTV) – Exact Sciences plans to pour more than a third of a billion dollars into its Madison campuses in a move designed to bring more than 1,000 new jobs to the area.

“Since relocating to Wisconsin in 2009, Exact Sciences has grown from a handful of people into a worldwide team focused on eradicating cancer and the suffering it causes,” Exact Sciences Chairman and CEO Kevin Conroy said.

Conroy added that by continuing to invest in its Wisconsin-based staff and facilities, the company can accelerate its development of new cancer tests and “continue providing world-class service and critical answers to patients.”

The Wisconsin Economic Development Corporation announced the plans Thursday morning. The WEDC noted it is supporting the project, which is expected to create 1,300 jobs, with $18.5 million in Enterprise Zone tax credits, provided Exact Sciences meets investment and job creation goals over the next three years.

“Exact Sciences has already demonstrated an almost unlimited potential to grow,” WEDC secretary and CEO Missy Hughes said. “The fact that they’re choosing to grow in Wisconsin is testament to the strength of our state’s economy and our strong support for businesses of every size, shape and sector.”

The WEDC explained that the $350 million investment will be divided among three projects: