Posted at 13:38h in Featured, URP News by Diana Starr 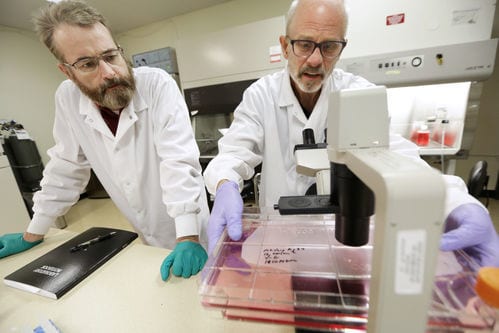 Whether it’s called a modern “Manhattan Project” or a medical moon shot, the concept of long-term economic recovery rests on how confident people are they won’t risk serious illness by venturing forth in public again.

Wisconsin stands to be a significant part of such an undertaking, whatever it’s called.

The shorter-term debate is well under way over the gradual lifting of COVID-19 emergency rules, such as the now-extended “safer-at-home” order in Wisconsin. At least a dozen states, including regional coalitions on the East and West coasts, are exploring next steps as they seek to balance responses to the virus with calls for reopening the economy, at least, in part.

Wisconsin’s ability to shape longer-term responses will come from private and public resources, which range from companies engaged in production of diagnostics, therapeutics and vaccines to research institutions taking part in projects that may be national or even international in scope.

One example: Shortening vaccine development, which normally has a multi-year cycle. Wisconsin has expertise in this area through its research universities and private companies such as Madison’s FluGen. Co-founders Yoshihiro Kawaoka and Gabriele Neumann are known around the world for their past anti-viral work, which is why FluGen was approached by an India-based firm, Bharat Biotech, which has developed 16 vaccines in the past, to take part in a larger vaccine development project that also involves the UW-Madison.