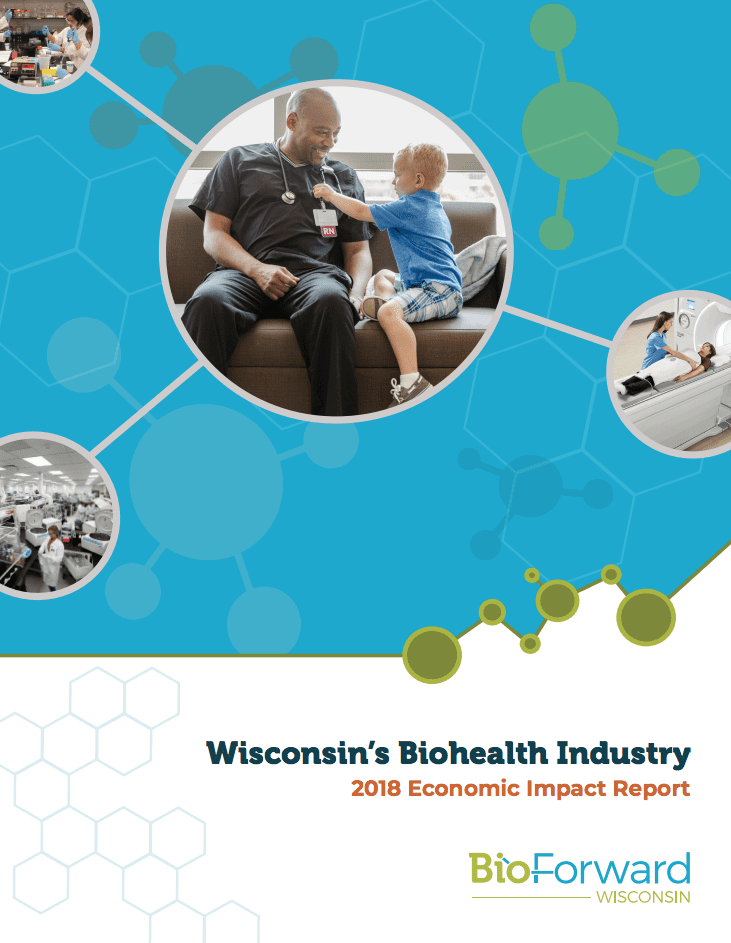 Posted at 13:54h in Featured, URP News by aveak

The number for overall economic output activity from direct, indirect and induced sources is even higher — nearly $48 billion.

The report, compiled by Baker Tilly, was commissioned by BioForward. It updates numbers from a 2015 report on the same subject, which relied on information from 2013. This year’s report draws from 2017 data sources.

It shows the state’s biohealth industry directly supported over 107,000 jobs last year, up 17 percent from the previous report. Those workers are employed by the 4,320 biohealth companies operating in the state.

And the industry’s Wisconsin manufacturing supply chain has an estimated $13.3 billion economic impact each year. Those companies in the state supply products to global health firms.

Those supply chain firms employ about 32,000 in the state, and pay over $2.5 billion in total labor income.

Most biohealth jobs are clustered in Milwaukee and Dane counties, with each having between 8,000 and 35,000. That’s where some of the state’s biggest biohealth employers are located as well: Promega, in Madison; Aurora Health Care, Milwaukee; and GE Healthcare, Madison.

The report also shows about $43 billion in federal grant money was given to Wisconsin between 2013 and 2017.

It’s noted that university-driven research “dominates” federal grant resources in the state, with 12 Wisconsin campuses getting over $3 billion since 2015. About $755 million was divided between five private colleges and universities, and $2.3 billion went to seven UW System campuses.

A tally of biohealth related patent applications found 3,431 applications between 2013 and 2015, nearly 17 percent of which were related to biohealth.